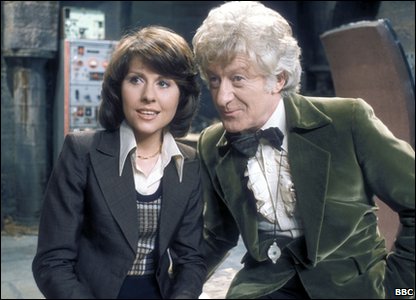 Spare a thought for Elisabeth Sladen, who died yesterday aged 63.

She played the best-loved of the friends of Doctor Who, Sarah Jane Smith, in the mid-70s. The character had such longevity it not only returned recently, but became the anchor for an entire new spin-off series, The Sarah Jane Adventures.

I genuinely felt upset by this news, which doesn’t happen often. But even if you don’t have my affection for her performance and her character (the embodiment of Vonnegut’s injunction that you’ve got to be kind), you should still recognize what is lost with her. There are few television series that provide worthwhile entertainment for pre-teens, and fewer still that give centre stage to a woman over 60 years of age.

This is a sad loss.

Read the thoughts of her young fans here.