In New Zealand classrooms, every morning we stand up, face the flag, put our hands on our hearts and say together: “New Zealand is the best country in the world, per capita.” Those two little words, per capita, are a crucial part of our national self-esteem and self-image, and saying “per capita” is as true-blue New Zealand as asking overseas visitors how much they like our country.

So I want to pay homage to the Tall Blacks, knocked out of the eight-finals stage of the FIBA World Championships for the second time in a row, in a torrid defeat to an equally determined and much bigger Russian side. I’ll do this in the traditional way, by citing population statistics and saying “didn’t we do well, per capita”.

In all seriousness, it’s been a fun World Champs to watch and thumbs up to the Tall Blacks for doing a great job. Next time I run into one of youse fullas in the street I’ll raise my eyebrows at you in hearty appreciation.

Paul the Octopus has a perfect prediction record in the World Cup.

We all live in the octopus’ garden now.

[Octopi are very smart creatures. You present it with two boxes labelled A and B, and it goes to A and finds food. Then you present it with A and C, then A and D, then A and E… mostly it’ll go to A because it has learned that A holds tasty food, and it isn’t sure about the other option. Germany’s winning record meant Paul’s tendency to go for the familiar option was a sound strategy.]

[Of course, Paul is still psychic because he knew to go to the other option in the Serbia game.]

Things only NZL cares about dept.: the only undefeated team in the World Cup = NZL. 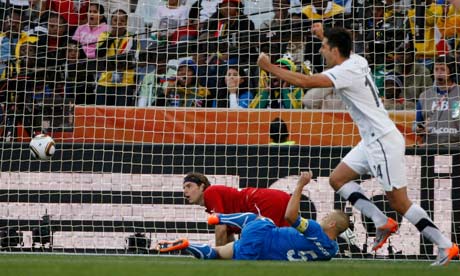 Lovers of ovalball are to report immediately to re-education centres.